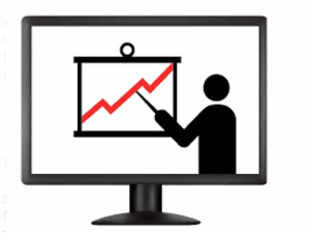 The hyper-local search engine, which digs out online and offline discounts and offers based on location, will be launched later this week.

Squeakee, a yet-to-be-launched search engine for offers, has raised funding from early-stage investors Kae Capital and Mumbai Angels. The hyper-local search engine, which digs out online and offline discounts and offers based on location, will be launched later this week.
"We think the time is right for this model," says Sasha Mirchandani, founder and managing director of Kae Capital, who believes the rise of smart phones will drive growth. He declined to reveal details of the deal. However, Kae typically invests $200,000 (about Rs 1 crore now) to $500,000 in the first round, while Mumbai Angels invests up to Rs 2 crore.
Squeakee was founded earlier this year by Abrar Shaikh, who previously worked with consumer TV guidance channel, What's-On-India, and digital advertising network Komli Media. The Mumbai-based company's beta website displays offers from online and brick-and-mortar stores. The company, which currently lists offers mainly in Mumbai, intends to expand aggressively to Delhi, Bangalore, Pune, Hyderabad and Chennai by end 2013.
"There is a phenomenal potential for a service like ours. We are targeting revenue of $1 million in the next two years," says Shaikh, who charges merchants on a monthly and per-offer basis. The investment has come at a time when a number of location-based services and products have entered the market. One such is Hoppr, which pushes sms-based coupons and deals from local merchants once a user 'checks in' at the location.
In October 2011, Bharti Softbank, a joint venture between Bharti Enterprises and Japan's Softbank Corporation, acquired a 49% stake in the startup. Last month, location-based mobile advertising platform AdNear raised Rs 35 crore from Canaan Partners and Sequoia Capital.
Squeakee, which is using the funds to strengthen its team and to scale to more cities, is launching a mobile site and a location-based mobile application in the next few months.

Source : RADHIKA P NAIR,ET BUREAU
Posted by NSE2ZOOM at 2:40 AM