ET 500: Companies and sectors that passed the RoE test

ET 500: Companies and sectors that passed the RoE test 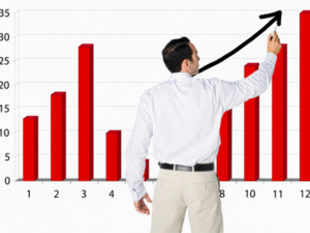 In our 2012 list, three out of 10 companies reported a higher RoE compared with four out of 10 a year ago

For shareholders, the efficiency with which a company employs its invested capital is a crucial yardstick to decide whether to stay invested. Organisations which fail to do so often end up seeing their cost of capital rise.

Return on equity or RoE is a popular measure of capital efficiency for equity holders. It allows shareholders to assess the net profit of a company from the perspective of the capital invested.
Full coverage: ET 500 - India's biggest companies
RoE is net profit as a percentage of the total equity capital of a company. The total equity consists of paid-up capital, reserves and surplus. A higher RoE is a reflection of the company's efficiency in utilising investors' money to generate profit.

In our 2012 list, three out of 10 companies reported a higher RoE compared with four out of 10 a year ago. Apart from the changing composition of ET 500 with new entries and exits, pressure on profits due to higher input costs, depreciation and interest expenses also contributed to lower RoE.


Banks and financial companies were again at the forefront. Bajaj FinanceBSE 6.48 %, Jammu & Kashmir Bank and United Bank of IndiaBSE 0.78 % consistently reported a higher RoE. Joining them in the list were Adani Ports, Kwality DairyBSE 0.64 % and Zee EntertainmentBSE -1.08 %.
Source :RANJIT SHINDE,ET BUREAU
Posted by NSE2ZOOM at 4:03 PM