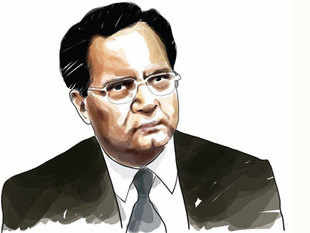 There are those — both inside and outside the government — who feel that it is unfair to bring up Ibrahim’s religious identity because he is an outstanding officer.

One hundred and twenty-five years after it was set up, the Intelligence Bureau (IB), India's internal intelligence agency, named a Muslim as its chief.

From the dacoit-infested ravines of Madhya Pradesh's Bundelkhand region to the office of the director of the world's oldest intelligence agency, life seems to have come full circle for the man of the moment, Syed Asif Ibrahim, a 1977 batch IPS officer from the Madhya Pradesh cadre, who had made a name for himself in the 1980s by wiping out dreaded dacoit Malkhan Singh's gang before he was handpicked by the late Congress leader Madhavrao Scindia to join his staff.
A person, who has watched Ibrahim for years, says the new IB director is a highly efficient intelligence officer who has shown exceptional talent not only in information-gathering but also in winning over people's support. Ibrahim was personal secretary to India's first Muslim home minister Mufti Mohammad Sayeed in 1989. It was a challenging time as the Mufti's daughter Rubaiyya had been kidnapped by militants in Kashmir.
A first-class intelligence officer and a gentleman, Ibrahim is enormously graceful and discreet under pressure, says this person who asked not to be named.
People-First Approach
Another person who has closely worked with Ibrahim says he always understood that no intelligence officer could work effectively without engaging civil society, especially in troubletorn regions such as Jammu and Kashmir, where he is credited with making much head way in dealing with militants. The officer also didn't want to be named because he wasn't authorised to speak to the media.
Someone who has watched IB's operations closely says Ibrahim has displayed tremendous skills in anti-terror efforts. He recalls: "Ibrahim was posted at the IB office in Delhi between 2004 and 2007 and it was he who reoriented a lot of thinking on terrorism.
He was, in fact, one of the first officers in the department who suggested that not all terror groups came from across the border, and that we needed to look within. It was only then that the focus was shifted to domestic outfits such as Indian Mujahideen."
Why a Tag?
There are those — both inside and outside the government — who feel that it is unfair to bring up Ibrahim's religious identity because he is an outstanding officer. Former RAW chief AS Dulat, who hired Ibrahim at the agency, says, "Please do not make this a communal issue. He is a meritorious officer who made it to the top of his department."
But several others —including IB officers — hasten to point out that it is, in fact, a big deal. "Ibrahim entered the IB in 1990 and till about a couple of years ago, he was the only Muslim officer here," says an IB officer, emphasising that there have been several attempts to look into this exclusion based on religion. He also requested anonymity. Interestingly, many officers attribute this "exclusion of Muslims from the top post of the IB" to British legacy. The IB was inherited from the British, complete with British attitude, says a former IB chief, who didn't wish to be identified. Since the rebellion of 1857, the British colonial secret service distrusted some communities and kept them out of government service.
Life of a Democracy
Tufail Ahmad, director of the South Asian Studies Project at the Middle East Media Research Institute, Washington, DC is glad that at least in a symbolic way Ibrahim's elevation as IB director signifies reclaiming of "that lost ground".
"The reason why it has taken time for Ibrahim to become the first Muslim chief of the Intelligence Bureau is because it has taken time for democracy to mature in India. As democracy flourishes, matures and takes deeper roots in Indian society, we are witnessing large sections of Indian people becoming empowered in the process," says Ahmad, an alumnus of Jawaharlal Nehru University, Delhi, and King's College, London. "Ibrahim's appointment as IB chief marks a turning point in the development and prospering of Indian democracy. In the coming decades, we can be certain that more and more Muslims in India will rise to prominence by hard work and merit alone."
Likely Effect
Ahmad adds, "It does not matter who heads the IB and other intelligence agencies, they will continue to do their job professionally. Security agencies are not political groups; their work is defined by the terror threats emerging on a day-to-day basis. In such a situation there is little room for them but to act professionally. Indian security agencies have done some commendable work recently with regard to the capture of Zabiuddin Ansari [of IM] or those belonging to the Abhinav Bharat [a Hindu terrorist body]."
Ibrahim's appointment will inspire more Muslims to join Indian security forces, insists a former RAW chief who spoke on condition of anonymity. "Symbols are powerful because they point to the possibilities," he said. 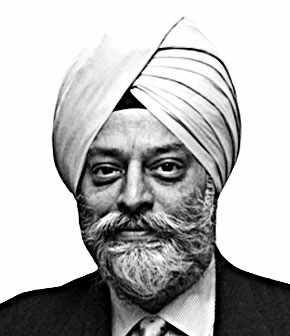 Even as the new director of the Intelligence Bureau got down to work, his predecessor Nehchal Sandhu was appointed as deputy national security adviser. Sandhu, a 1973 batch IPS officer and the first Sikh chief of the IB, joined the agency in 1979, but developed his spook chops during pro-Khalistan extremism in Punjab.
Those who have known Sandhu for a long time say his most distinctive characteristic is his old-world courtesy. "All his file notings start with Pl [please], it made us that much more careful ourselves," says an officer who served under Sandhu. This courtesy translated into cordial relationships with the chiefs of security agencies in the US and Saudi Arabia, which have come to play an important role in India's counter-terror strategy.
Sandhu can be credited with raising the flag on the return of the Babbar Khalsa in Punjab after two car bombs with RDX were defused in Ludhiana last year.
In all, interesting times ahead in the land of smoke and mirrors.