In India, probably the most inspiring story of rags-to-riches is of Dhirubhai Ambani - a petrol pump attendant who became multi-billionaire.
His story still inspires people and give them hope. Let’s look at some such inspiring rags-to-riches stories from around the world. 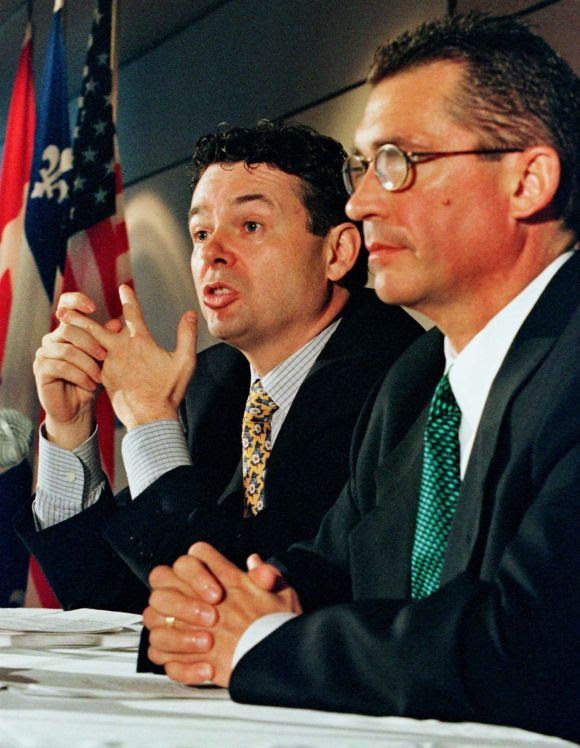 Kenny Troutt
Net worth: $1.27 billion
Country: US
Troutt made his fortune by founding a long distance telephone service company Excel Communications. He sold his company in 1998 to Teleglobe for $3.5 billion.
Troutt had an alcoholic father who worked as a bartender and oil-rig worker. After his parents divorced, he was forced to move in a city housing project along with his mother and siblings.
While in college Troutt used work as a part-time insurance salesperson. 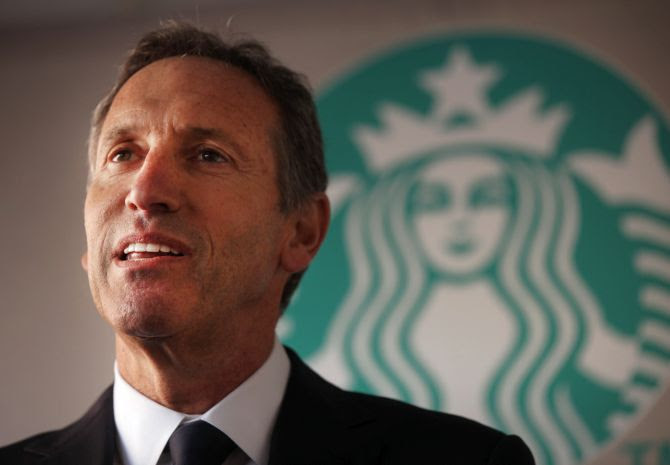 Howard Schultz
Net worth: $2 billion
Country: US
Howard D. Schultz is best known as the chairman and CEO of Starbucks.
Schultz was the first person in his family to attend college. His father worked as a truck driver. As the family was poor, Schultz find saw an escape in sports such as baseball, football, and basketball.
After graduating, Schultz started working as a salesperson for Xerox Corporation. After changing jobs and rising through the ranks, Schultz joined Starbucks as Director of Marketing but later resigned and opened his own store 'Il Giornale'.
He bought Starbucks for $3.8 million two years after becoming an entrepreneur. Kenneth Langone
Net worth: $2.1 billion
Country: US
Kenneth Langone is an investment banker, best known for his association with Home Depot, a company that retails home improvement items and construction products. He had been a board member of the company for 30 years.
Langone’s father was a plumber and his mother a cafeteria worker. As a student, Langone worked as a butcher's assistant and a ditch digger.
He did his part-time business management and worked full time in the finance field and became an investment banker.
He helped Home Depot co-founders arrange the necessary capital after they were fired from Daylin Corporation. Oprah Winfrey
Net worth: $2.9 billion
Country: US
Oprah Winfrey is famous for her award-winning talk show The Oprah Winfrey Show. She owns the production company that made the talk show. She also co-founded women’s cable television network Oxygen.
Winfrey was born into poverty in rural Mississippi to a teenage single mother. She experienced considerable hardship during her childhood, saying she was raped at age nine and became pregnant at 14; her son died in infancy, according to Wikipedia. 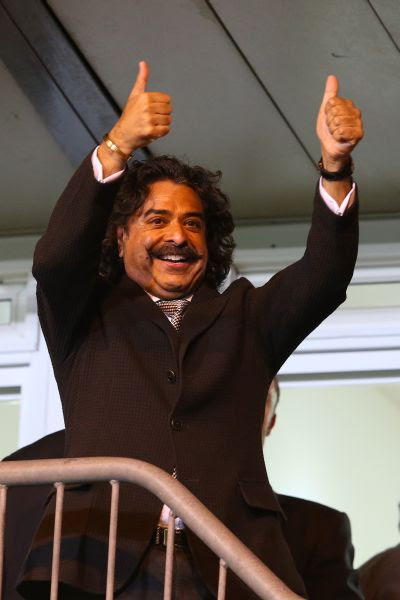 Shahid Khan
Net worth: $3.8 billion
Country: US
Shahid Khan is a Pakistani-born American billionaire who owns the Jacksonville Jaguars of the National Football League (NFL) and the English Premier League team Fulham F.C. But his source of wealth is the automobile parts manufacturer Flex-N-Gate.
When he came to the United States from Pakistan, he spent his first night in a $2/night room at the University Y-YMCA, and his first job was washing dishes for $1.20 an hour, according to Wikipedia.
He graduated from the UIUC School of Mechanical and Industrial Engineering with a BSc in Industrial Engineering.
Khan started Bumper Works, a company that manufactured bumpers for pickup trucks. Later he acquired Flex-N-Gate, a company he worked in right after graduating.
Khan has been featured inForbes Magazine on the cover depicting him as the face of ‘American Dream’. Kirk Kerkorian
Net worth: $3.9 billion
Country: US
Kirk Kerkorian is the casino mogul and an important figure in shaping Las Vegas.
Kerkorian was born to immigrant parents. He dropping out of school in eight grade and took up boxing under the tutelage of his older brother.
He started investing in Las Vegas property in the early years. For example, he bought 80 acres across the Las Vegas Strip. When he sold this to Caesars, he made almost 10 times his original investment.
The Las Vegas Hilton and the Flamingo Hilton were both this hotels that he sold to the Hilton Hotels Corporation.
After he purchased the Metro-Goldwyn-Mayer movie studio in 1969, Kerkorian (with architect Martin Stern Jr.) opened the original MGM Grand Hotel and Casino, larger than the EmpireStateBuilding and the largest hotel in the world at the time it was finished, according to Wikipedia. 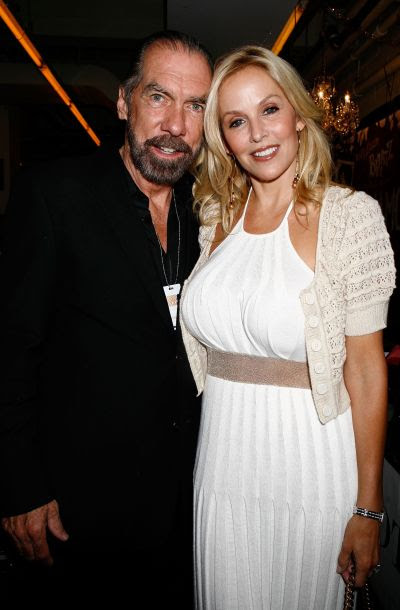 John Paul DeJoria
Net worth: $4 billion
Country: US
John Paul Jones DeJoria is well known as a co-founder of the Paul Mitchell line of hair products and The Patron Spirits Company.
John Paul Jones DeJoria’s parents were immigrants. His parents divorced when he was two years old. To support his family, he started selling Christmas cards and newspapers by the time he was nine.
When his single mother proved unable to support both children, they were sent to an East Los Angeles foster home.
After graduation he joined US Navy after which he took on small jobs including janitor and insrance salesperson.
DeJoria entered the world of hair care as an employee of Redken Laboratories. He was fired from this position, he claims over a disagreement on business strategies, according to Wikipedia. And it adds that in 1980, he formed John Paul Mitchell Systems with hairdresser Paul Mitchell.
DeJoria also has a majority stake in The Patron Spirits Company, which sells an an ultra-premium tequila brand. Do Won Chang
Net worth: $5 billion
Country: US
Do Won Chang is the founder of clothing retail store Forever 21.
When he migrated to the US, he worked as a janitor. He also did jobs at coffee shop and pumping gas stations.
The beginning was humble. He and his wife, Jin Sook, opened a clothing store after migrating to the US. It was called Fashion 21. The store took off and as he expanded to other locations, the store's name was changed to its current title Forever 21. Ralph Lauren
Net worth: $7.7 billion
Country: US
Ralph Lauren is a fashion designer renowned known for Polo Ralph Lauren clothing brand.
After serving the US Army briefly, he started working as a sales assistant for Brooks Brothers and then took a job as salesperson for a tie company.
When he was 26, he designed a tie that was rejected by his company. He was told that his designed tie was commercially unviable.
He quit his job and started out on his own. He took rags and turned them into ties. And in 1967 with financial help from Norman Hilton, a clothing manufacturer in New York, Lauren opened a necktie store where he sold ties under the brand name Polo.
From there on he kept rising and winning awards for his designs. Francois Pinault
Net worth: $15 billion
Country: France
Though you may not have heard of Francois Pinault, his company (Artemis S.A) owns or has owned many successful brands. Some of them include Converse shoes, Samsonite luggage, Chateau Latour, the Vail Ski Resort, and Christie's auction house.
Pinault quit high school and started working at his father’s lumber mill because his classmates made fun of his poor background.
He is known to be a ruthless businessman who sold his business when they are doing well and later buy them at a fraction of cost when market crashes. Leonardo Del Vecchio
Net worth: $15.3 billion
Country: Italy
Leonardo Del Vecchio is the founder and chairman of Luxottica, a designer and manufacturer of eyeglass frames. The firm owns the Sunglass Hut and Lenscrafters chains with a total of over 6000 stores, according to Wikipedia.
Some of the brands that belongs to Luxottica include Ray-Ban, Oakley and Persol.
Vecchio was given to an orphanage by his mother because she was unable to support him financially.
He began his career as an apprentice to a tool and dye maker in Milan, but decided to turn his metal working skills to make spectacle parts and started Luxottica. This was in 1961.
From there his business grew and he took the firm international and listed the company in New York in 1990. George Soros
Net worth: $20 billion
Country: US
George Soros is one of the most successful investor who runs Soros Fund Management.
Soros emigrated to England in 1947 and became an impoverished student. He worked as a railway porter and as a waiter to survive.
While selling fancy goods on the sea side and souvenir shops, one day Soros realised that this not what he wants to do in his life. He wrote to every managing director in every merchant bank in London and ended at an entry-level position in Singer & Friedlander.
He then moved to US and worked with few more banks before starting the Quantum Fund in partnership with Jim Rogers. Later he founded his own Soros Fund Management. Li Ka-shing
Net worth: $31 billion
Country: Hong Kong
Li Ka-shing is the Chairman of the Board of Hutchison Whampoa Limited (HWL) and Cheung Kong Holdings; through them, he is the world's largest operator of container terminals and the world's largest health and beauty retailer, according to Wikipedia.
Due to his father's death, Ka-shing was forced to leave school before the age of 15 and found a job in a plastics trading company where he laboured 16 hours a day.
By 1950 he was able to start his own company, Cheung Kong Industries. From manufacturing plastics, Li led and developed his company into a leading real estate investment company in Hong Kong that was listed on the Hong Kong Stock Exchange in 1972, according to Wikipedia. It adds that Cheung Kong expanded by acquiring Hutchison Whampoa and Hongkong Electric Holdings Limited in 1979 and 1985 respectively. 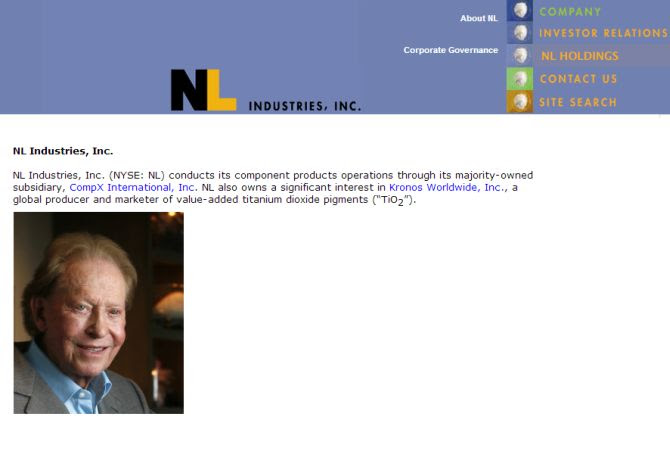 Harold Simmons
Net worth: $10 billion
Country: US
Harold Simmons is famous for giving the world the concept of leveraged buyout that is used in acquisition of company.
He was the owner of Contran Corporation and of Valhi. He also controlled listed firms such as NL Industries; Titanium Metals Corporation, Waste Control Specialists, CompX, and Kronos Worldwide.
Simmons grew up in a "shack" that has no plumbing or electricity. Despite the tough conditions, he got himself admitted in the University of Texas where he earned a bachelors and masters in economics.
His first leverage buyout deal was of a drugstore where he invested $5,000 of his own money and a loan of $95,000. He parlayed this store into a chain of 100 stores and sold it to Eckerd Corporation for over $50 million. This launched his career as an investor. 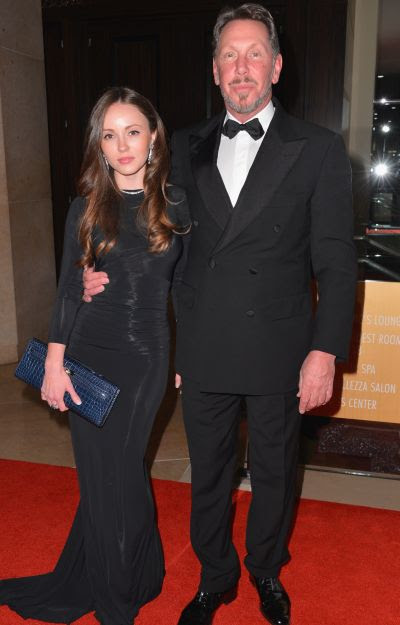 Larry Ellison
Net worth: $41 billion
Country: US
Larry Ellison is the co-founder and CEO of Oracle Corporation.
Larry Ellison was born in New York City to an unwed mother of Jewish heritage and after he contracted pneumonia at the age of nine months, his mother gave him to her aunt and uncle for adoption, according to Wikipedia.
He dropped out of college after his adoptive mother died and held odd jobs for eight years.
Ellison founded oftware Development Laboratories with two partners in 1977, which was renamed Relational Software in 1979, and finally Oracle Systems Corporation in 1982 after its flagship product, the Oracle database.